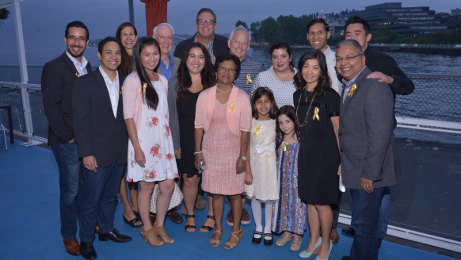 Team Rohan Guild is a member of Seattle Children’s Guild Association. It was created as a way to honor the legacy of young Rohan, who lost a short but courageous battle with a brain tumor in 2012. During the twenty-eight days he spent in the hospital, seven-year-old Rohan’s faith in God’s love was ever present. He constantly shared encouraging words and prayers with his parents, his younger sister, his nurses and doctors, and with anyone visiting his room. His faith became stronger, even as his body weakened.

Team Rohan is dedicated to creating awareness of and raising funds for pediatric brain tumor research through community involvement, fundraising events, and volunteering. This group of friends and family hopes for a world where our children’s children will experience the same love of life, faith, and hope that Rohan had, without the threat of cancer.